View source
watch 01:36
We're Getting Mutants in the MCU - The Loop
Do you like this video?
Play Sound

When Dr. Tong suddenly announces his retirement, this raises suspicion on M.A.T.A. and Ali is sent into his first mission - using the I.R.I.S.!

The episode starts by showing the Alpha Tower at night, when Dr. Aaron shows his boss Dr. Tong his newest invention, which is a type of helmet. He puts it on his head and deliberately topples the rubbish bin. Then, he tells Bob, one of the security officers to clean the floor. Bob laughs at him. Dr. Aaron uses the helmet to make a call at Bob's mobile phone, which is in his pocket. Bob answers the call and is suddenly hypnotized! Under the hypnosis, he picks up the trash as commanded by Dr. Aaron. He also sits and does a handshake with Dr. Aaron.

Dr. Aaron states that his invention can program a human brain. However, Dr. Tong says that mind control would give no right of freedom to humanity. However, Dr. Aaron explains that his invention can help people and unite the world, and he is responsible for the progress of human development. Dr. Tong rejects his idea as they are scientist and they must take responsibilities of their actions. He also angrily tells Dr. Aaron to leave his office because he is wasting his time with this nonsense idea. This provokes Dr. Aaron and he makes a call at Dr. Tong's mobile phone. He forces Bob to make Dr. Tong to answer the call and Dr. Tong's scream can be heard from the tower.

The scene changes to Bakar, who gets captured by Dos and Trez in an under-construction building as seen in the previous episode. Ali then appears to save his uncle using the I.R.I.S.. Dos uses her electric shock needle and Trez throws wooden boxes to Ali. With the guidance from the I.R.I.S., Ali runs towards Trez and Dos' needle hit Trez, electrocuting him. Then, Ali and Dos jump towards each other, and ends with Ali getting through the other side and an explosion occurs on top of him.

The scene changes again, showing Bakar standing beside Ali, who is sleeping on his bed. The fight turns out to be just a dream of Ali. Ali wakes up and is frightened by Bakar's sudden presence. He falls down from his bed and Bakar tells him to do some exercise. However, Ali is still tired and says that it is only 5:30 AM. Bakar tells him that "An agent must always be alert" and hence, brings him to the park. Ali does a lot of exercises but not successful.

Bakar then tells Ali that M.A.T.A. has four pillars: NEURO, TEKNO, INVISO and KOMBAT. General Rama is NEURO, Jenny is TEKNO, Rizwan is INVISO, and Bakar himself is KOMBAT. Ali asks which pillar he will join, but Bakar does not know. Seeing that the sun begins to rise, Bakar reminds Ali to go prepare for school.

Same like previous episode Ali use IRIS go to school but has different Ali give flower to Aunty Faye when he down using line IRIS.

Ali With The Fire Background.jpg 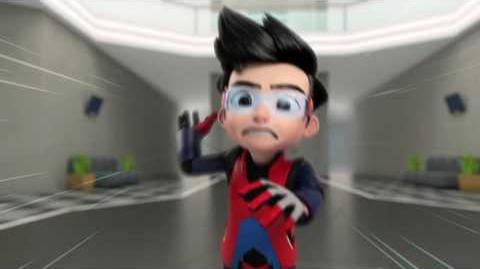 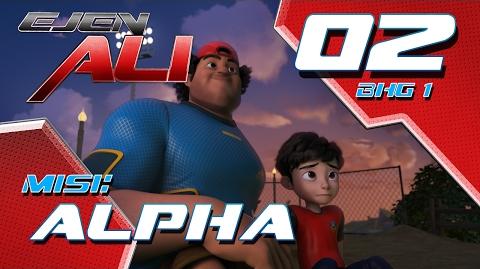 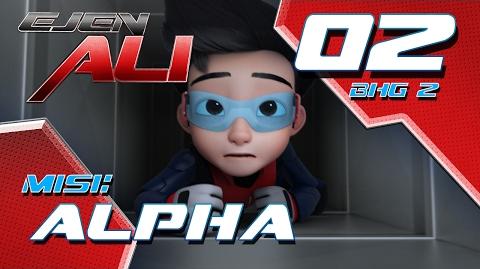 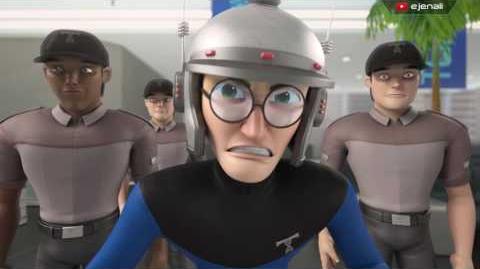