MISSION: BLUEPRINT (Malay: MISI: BLUEPRINT) is the fifth episode of Agent Ali. It airs in 29th July 2016 on TV3.

When Dos and Trez manage to steal two pieces of pen drive that contain the blueprint of I.R.I.S., the M.A.T.A. agents are on a mission to retrieve them before they can decrypt it!

The episode starts with an alarm ringing in M.A.T.A.. It turns out that Dos and Trez have stolen the first piece of a pendrive. Bakar and Rizwan go to stop them. Rizwan fights with Dos, while Bakar fights with Trez. Rizwan manages to defeat Dos, but Trez tosses Bakar onto him. Dos and Trez then escape.

It is morning in Ali's house. Comot is staring on his empty cat plate. The name Labu on the cat plate is sketched off and replaced with Comot. Comot is starving and it kicks the plate away. It goes into Ali's bedroom. Seeing that he is still asleep, Comot wakes him up. Ali realizes that he is going to be late for school, so he quickly packs up and goes to school, ignoring Comot.

Ali manages to arrive at his class on time. A boy who is wearing glasses asks Viktor whether he has finished his homework. Viktor says not yet but the boy says that he already finished it. 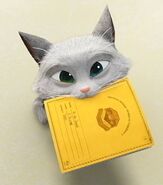 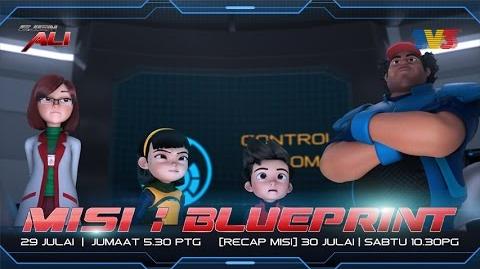 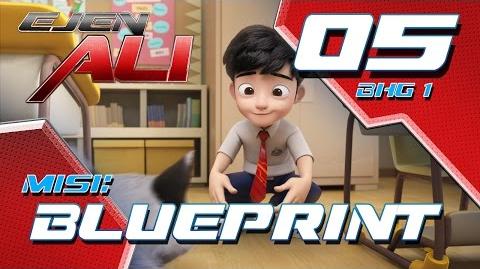 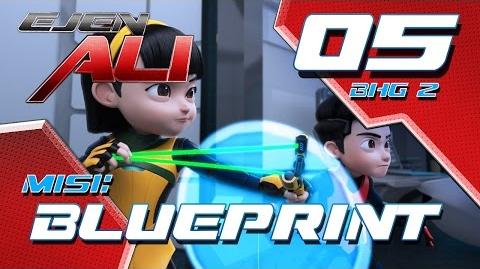 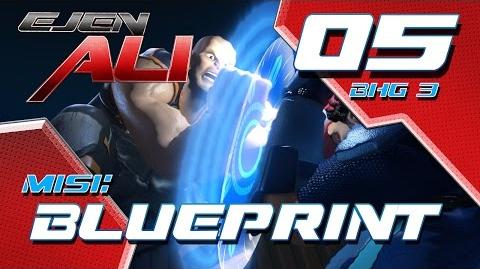