After Dr. Tong and Dr. Mala are being victimized by Dr. Aaron, Ali, Bakar, Alicia and Comot must protect Dr. Ghazali from him before it is too late!

A video showing Cyberaya 20 years of development is playing in the television screen, contributing to Dr. Tong, Dr. Mala and Dr. Ghazali. Dr. Aaron, who is now in maximum security prison of Cyberaya, accuses them for preventing development and his ability to be a Cyberaya contributor. A jail warden tells him to clean the floor and not to be lazy. When the jail wardens are distracted, he steals some objects. After returning to his cell, he uses the stolen devices to invent a telekinesis helmet to escape prison.

In M.A.T.A., Ali is struggling on Jenny's newest invention: Aero Boots. He needs to control them to pass his simulation training but has failed multiple times despite Bakar's encouragement. General Rama tells Ali that the Aero Boots will give some advantages to his small and weak body. Ali then repeats the simulation training but once again fails. Ali thinks that nobody is able to pass this test, but Alicia proves him wrong as she swiftly passes the test. Ali is disappointed that the I.R.I.S. does not really make him a super agent at all. As a result, he decides to give up and quit being an agent. With that being said, General Rama suspends him and tells him that he will leave until Jenny extracts his DNA out of the I.R.I.S.

In school, Viktor, upon seeing Ali, tells Ali that he comes first place in a game competition in Cyberaya. However, Ali is not paying attention to him. Then, Puan Munah comes in and announces the class results. Alicia gets 1st place, Viktor gets 2nd place, which disappoints the boy who wears glasses in the previous episode for still getting 3rd place. Ali gets last place as he has failed all of his subjects. Puan Munah expresses her disappointment because Ali is the son of Dr. Ghazali, who is a genius. 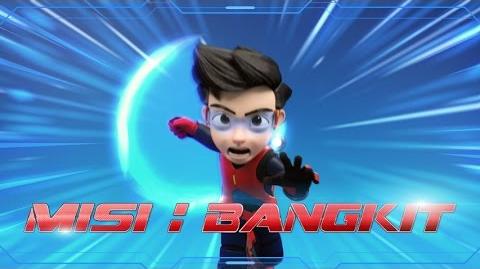 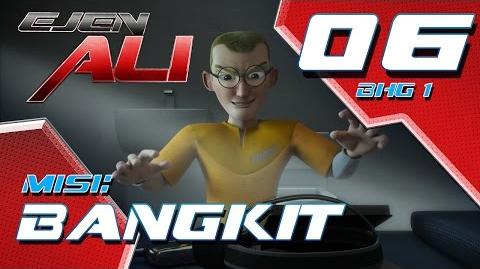 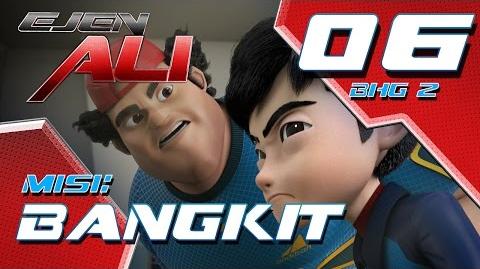 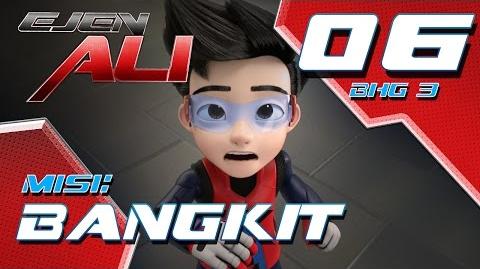