Trez plays a part as one of the evil spies in "Agent Ali". He borrows a few core elements from the Hulk, including strength. He makes his first appearance in the intro for MISSION: I.R.I.S.

He is big and bald. 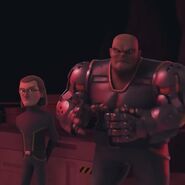 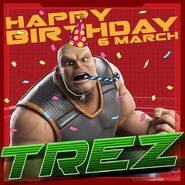 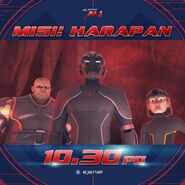